Posted on January 7, 2015 by Freddy Jaramillo

To the border of the abyss

The DMZ To the border of the abyss The DMZ ,or demilitarized zone, is an area 4km wide on either side of the border that separates North and South Korea ( each country has 2km of this zone). It was created in 1953 after the cease fire signed by the two countries, which ended the three year Korean war but created one of the most tense and surrealistic borders that exists on our dear planet.

You can visit it from Seoul, the zone is only 70 km away.

From the beginning of my journey from Seoul to the DMZ, you can feel an increasing tension in the landscape. Barbed wired and electric fences have been installed all along the road leading to the border. To give you an idea of the history of this zone, the first site that I visited on my journey there is a war memorial of the Korea war. 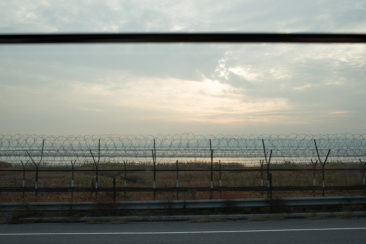 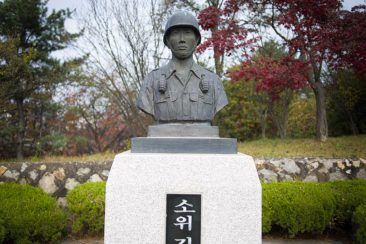 The key landmark of any DMZ visit is camp Bonifas. This is the place where the cease fire agreements were signed in 1953. Camp Bonifas is a meeting room that was built on the border between the two countries and that you can visit. Half of the camp is in North Korea and the other half in South Korea. Before visiting the camp, visitors are a briefed at the visitors centre to advise visitors that soon they will be in an area where you have to be careful with everything you do as relations between North and South Korea as still very tense. 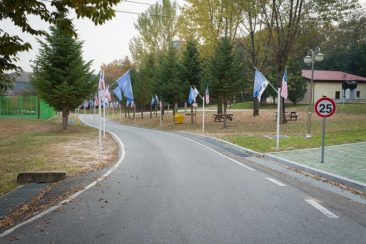 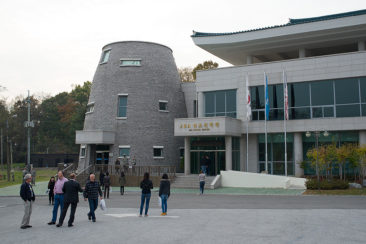 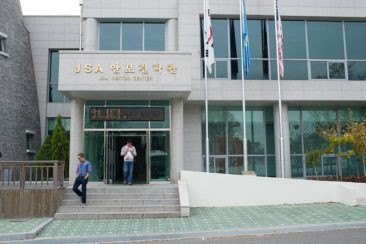 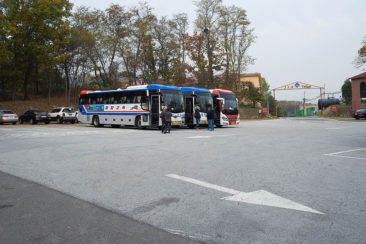 The first thing you have to do once you get to camp Bonifas is form 2 ranks (and you are not allowed to walk around to take pictures). Any pictures have to be taken from your place in the rank, and you should not under any circumstance take any picture of the main surveillance North Korean building. You are also told that you should only speak in a whisper and you must not make any signs to North Korean soldiers that are there etc.. 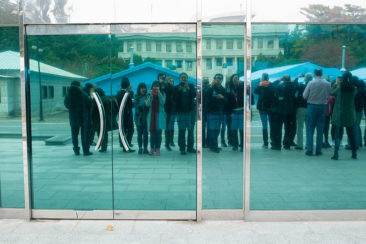 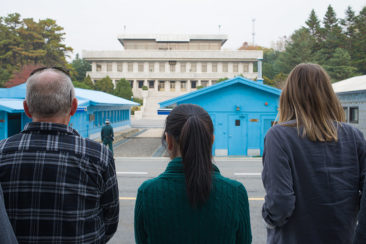 The mood is almost electric. Soldiers from both Korean nations are standing in front of each other and every movement is closely surveyed, like for instance, the arrival of a group of North Korean soldiers who are watching us. 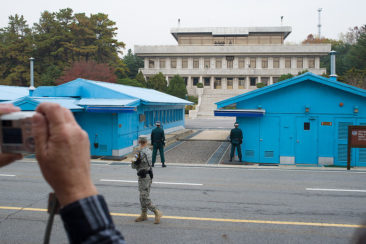 The “visit” of the outer section of camp Bonifas lasts exactly 2 minutes. After this the next visit is the meeting room where the cease fire agreements were signed. 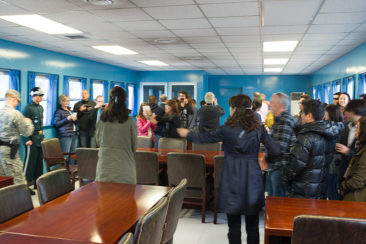 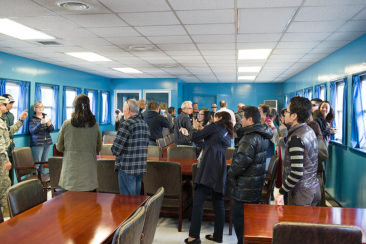 At first glance, there is nothing special with this room besides the fact that half of it is in North Korea and that there is a South Korean soldier standing next to the door leading to North Korea in case someone might want to come in during the visit. He is in charge of dealing with that possible “incident”.

In case you are wondering, North Korea is the side without pebbles. 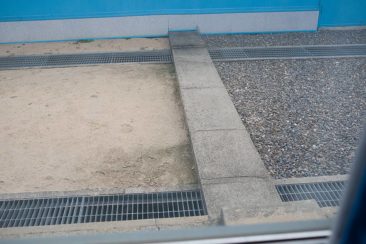 The visiting time for the meeting room is also 2 minutes, not a single second more.

The South Korean soldiers and North American GI’s are obliged to use sunglasses while they are on duty on the DMZ in order to have a more threatening appearance.

South Korean soldiers ,while they are on guard, need to stand in a position inspired by the “attack” taekwondo position. 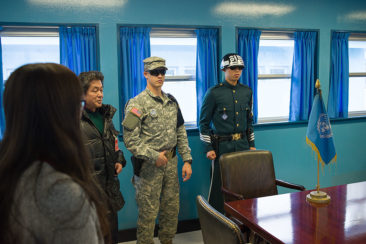 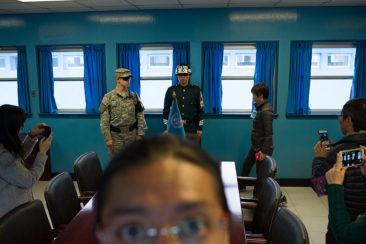 The end of the visit happens entirely inside the bus that initially took you to camp Bonifas. Instead of going back to the visitor’s centre the bus takes a loop around the camp in order to go as close to the border as possible. During this bus trip you see a plaque installed in honour of two south Korean soldiers killed during an incident with the North. You also see “the bridge of no return” named as such because this was the place where prisoners of war were exchanged during the Korean war. Once you crossed the bridge you knew that there was no possibility of going back to your original country. 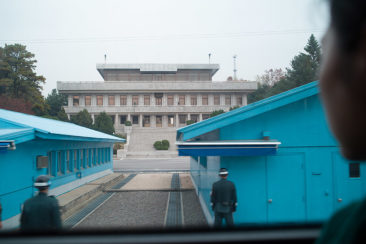 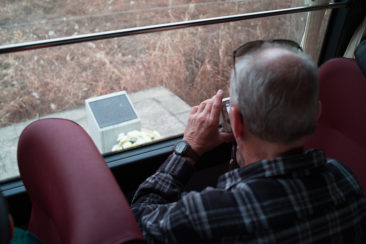 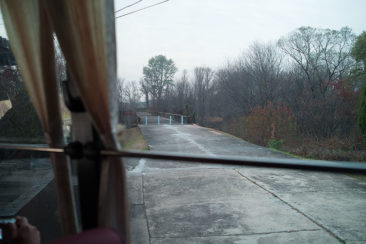 The North-South Korean border is one of the most dangerous borders in the world.

The South Korean side is guarded by South Korean soldiers, as well as, a UN joint force (composed mostly of US soldiers) that stays constantly on watch. Maybe one day both Koreas will be able to reunite, in the same way Germany did, but for the time being it is one of the last places on earth where you can still feel the danger of the cold war. 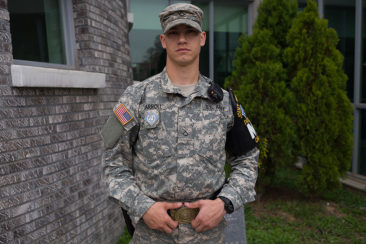 Visiting the DMZ can only be done through a tour. The easiest way to find one is by asking at any hotel reception in Seoul. They all know how to sign you up for a tour. Do not forget to carry your passport for the inscription and most importantly for the day of the visit!