The Gugenheim museum of Bilbao by Frank Gehry, built in the nineties, helped to breathe new life into the city. Not only did the building give a boost to a whole part of the city that was quickly decaying, but due to its celebrity/popularity it soon became a symbol/icon of Bilbao. It was such an appealing building that it even appears in one of the James Bond franchise movies. (By the way I love 007 movies). The Bilbao effect was born – constructing an exceptional building in a particular place in a city can have an influence on the city as a whole. In response, many other cities in the world started building their own “exceptional buildings” in the hope that these buildings would have a similar impact on their cities as the Gugenhiem had in Bilbao. That was good news for us architects because suddenly people everywhere became interested in our work.

In Korea two cities have tried to recreate the Bilbao effect with various results: Busan and Seoul. If you happen to be wandering around the streets of Seoul, you might stumble upon this: 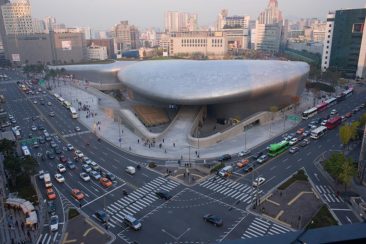 The project is called Dongdaemun Design Plaza & Park and is built by Zaha Hadid architect and associates. The founder of this firm is renowned English architect Zaha Hadid. The building was designed to have several multifunctional spaces, a design museum, exhibition spaces and design labs. At first glance the whole volume of the complex may seem rather impressive, however it is composed of two distinct buildings that are quite simple to understand. 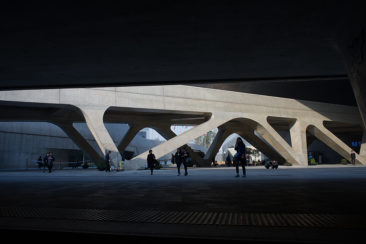 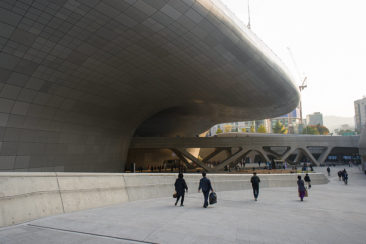 The oddly shaped volumes of the two buildings are a result of the methodology used by the architects. Prior to the “conception” of the project, a very extensive research process is undertaken involving a study of the different “flows” present on the site – such as pedestrian flows, circulation flows, electric grids etc. All of these “flows” are thoroughly analyzed and the interaction between them, combined with other design requirements of the project’s programme, help to shape the design of the volumes and the interior spaces of the final project. 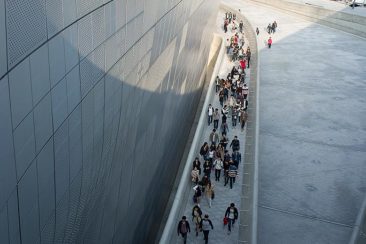 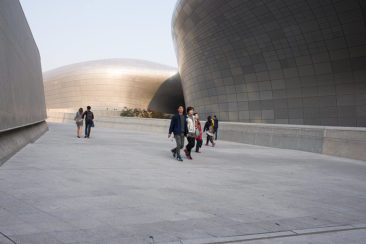 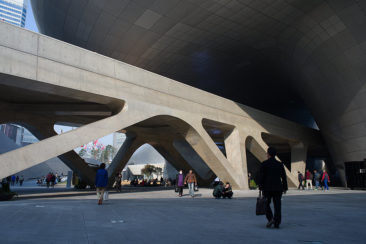 Because the design of the building is based on the interaction between different “flows” the final outcome of the project is a set of volumes and forms where straight lines are scarce, and the whole is pretty impressive!

Regarding interior spaces, do not expect to straight corridors or square rooms, which can be a little unsettling from time to time but you get used to it. And sorry for the lack of photos indoors, in this building, photos and other images are very strictly controlled. 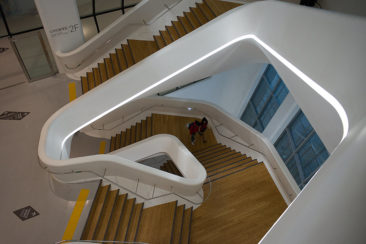 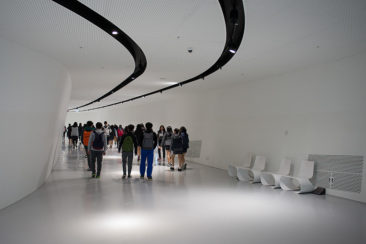 The other city that tried to recreate the Bilbao effect for itself is Busan, located in the south East section of South Korea.

This is the building:

It is the Busan Cinema Centre, which was built to house the International Film Festival of Busan…of course!

This time Zaha Hadid did not get the job instead the Austrian architectural firm: COOP HIMMELB(L)AU, founded by Wolf D. Prix, Helmut Swiczinsky and Michael Holzer won the competition. If the spelling for this firm seems strange, do not worry, it is correct, in german it means Sky Blue Cooperative (and not blue sky as you may think). 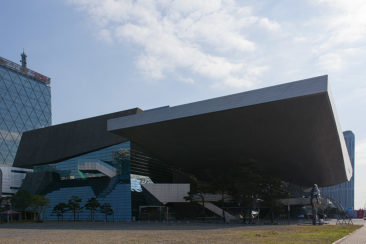 If the shape of the building seems surprising, it is because the architects of COOP HIMMELB(L)AU use a very particular method when conceptualizing and designing their buildings. They begin by locking themselves up in a room for 24 hours straight in order to analyze all the demands of the project’s programme until they reach a point of maximum “emotional stress”. At this point, they propose a sketch, or a drawing that can represent a plan, a section, a facade or other, and this becomes the basis to develop the concept for the project. It is a process that helps support the impression that architects are weird (by the way I am an architect too). 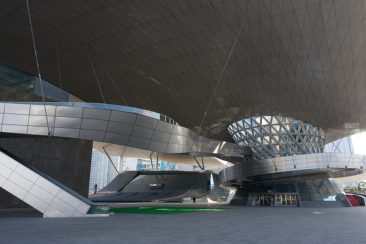 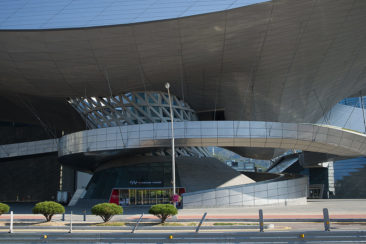 However, the project works very well. The spaces of the building are big which gives a feeling of “greatness” to the whole, which suits its function as an International film Festival cinéma. There is also an external projection “room”, but I would rather call it a plaza.

By the way it has a little Hitchcockian mood.

What do you think? 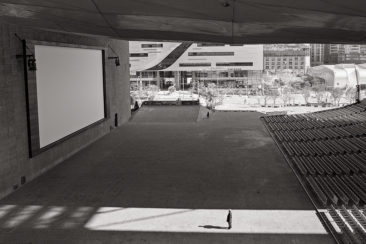 Sadly I could not visit the projection rooms inside the building, so I have no pictures of them. However, if you get to visit the building, the main hall and the ticket venues are worth the visit. They almost feel like they have directly come from a science fiction movie. 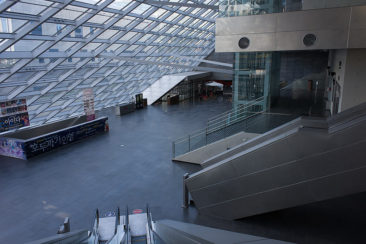 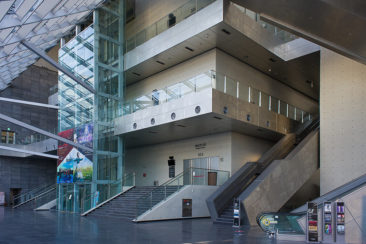 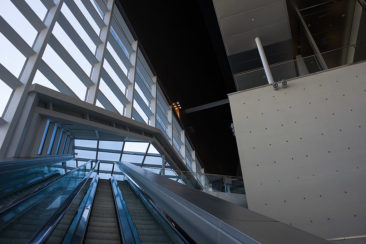 As is usual for such buildings, it has received a lot of criticism and not everyone likes it. But at least you can visit it because it is open to the public. As an aside, when I wrote this post, the building still had the world record for the biggest cantilever structure in the world (certified by the Guiness Book of Records) The cantilever is the volume on the furthest side of the picture. 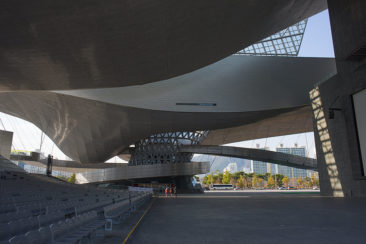 To get to the Busan Cinema Centre, you need to take the subway to the stop “Centum City”, line 2. After that take exit number 12 and follow the signs, it s a 5 minute walk.

On the other hand if you want to go to Dongdaemun Design Plaza & Park, you need to take the subway line 1 or 7 till the stop: Dongdaemun, then take exit number 7. You will get right in the middle of it!