Let me tell you a story.

During 19th century, the province of Guandong, or Canton, as it is called in the West, was neither the most pleasant nor the most welcoming place to live.

Several wars and famines had completely devastated the place, one after the other. Most of the population lived either in complete poverty or was getting to a state worse than poverty. The situation was critical for them because the only choice they had for their future was an unpleasant death during one of the wars or another more unpleasant one that resulted in starvation.

That is why a lot of people from this region decided to immigrate abroad searching for a better future, because, in any case, it could not get any worse than how they were living at the time.

Most of them left for the Americas, South and North, to work for the contractors who built the first train lines.

Several decades of hard work after, and most of the time with no holidays whatsoever, most of them went back home with all their hard earned savings to start a new life in the same place from where they had once departed. 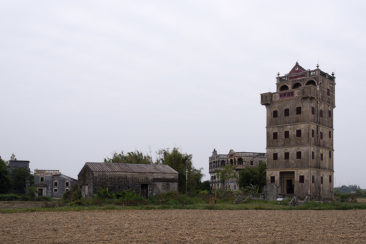 And this is when the story gets interesting!

When they finally got back home, they brought with them a lot of the commodities they had discovered on the other side of the planet, such as: standing clocks, phonographs, western style furniture, bathtubs etc.. 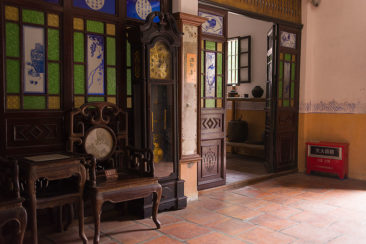 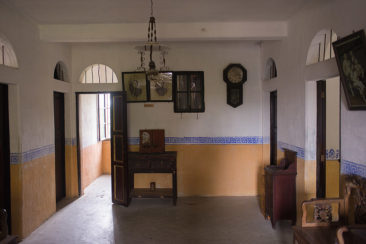 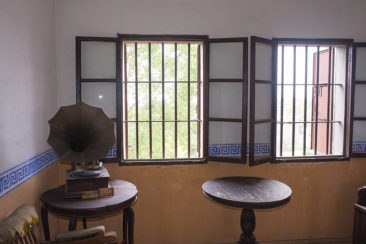 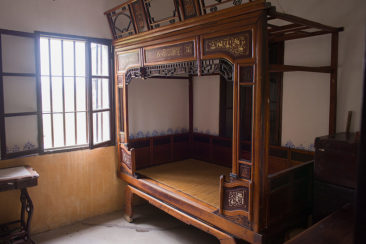 Every single one of them had been working for decades, with one single goal, put enough money aside to be able to go back and start a better life. That is the reason why when they finally returned to China, the houses they built were a mixture of the style they had seen abroad and of Canton style houses. 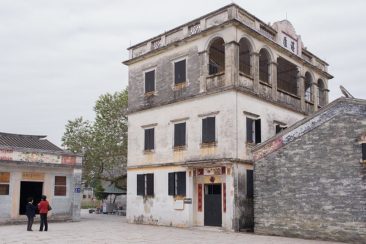 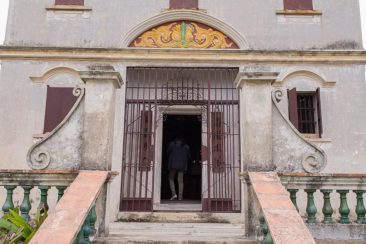 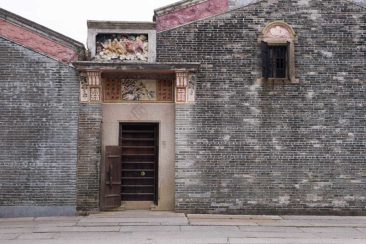 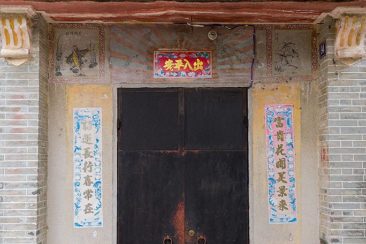 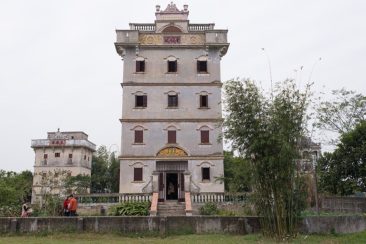 These houses were several stories high and had roof terraces like  the ones they had seen in western countries, on the other hand they were designed on a square plan as it was done in China. 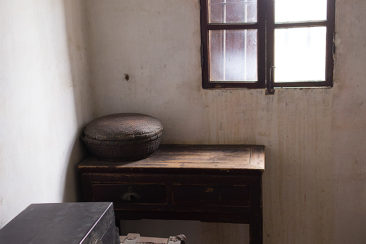 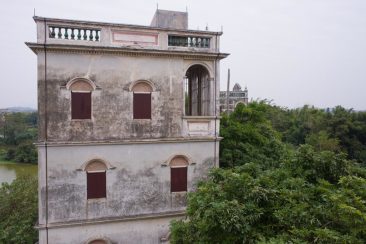 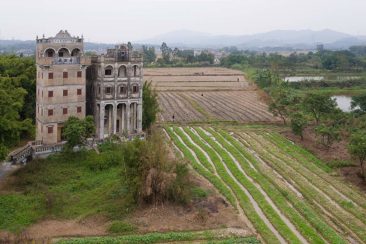 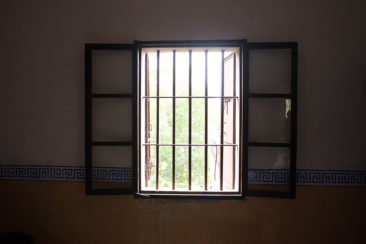 ….life in China, after they got back, was still as harsh as when they had to leave the first time so when they built their homes they also took into account the fact that on the rare occasions when visitors dropped by to visit, the reason was not to offer you a fruitcake as a welcome gift but to crash into your home, sack everything and steal ones valuables. 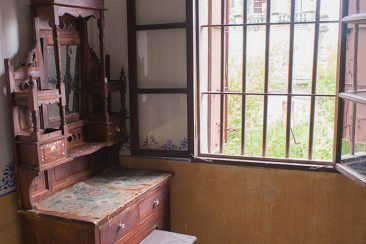 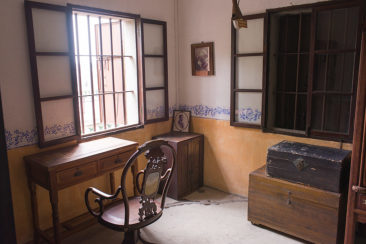 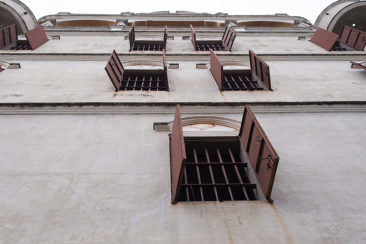 These homes were built to protect them from the “visitors”. They were designed as fortresses with bars on every window, small windows on the ground floor, and roof terraces that were in fact surveillance posts. That was also why these houses are several stories high. 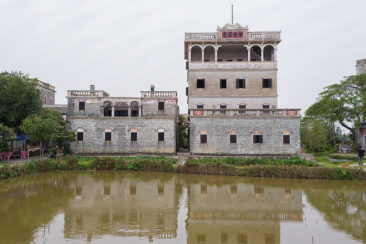 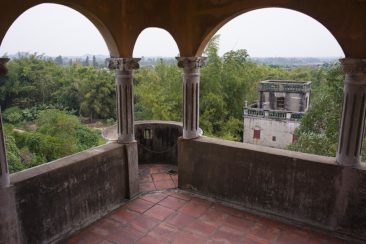 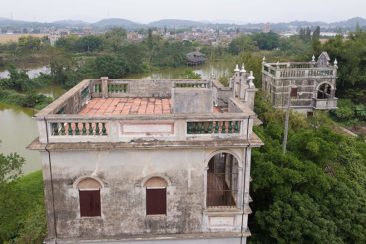 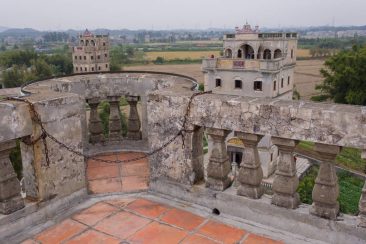 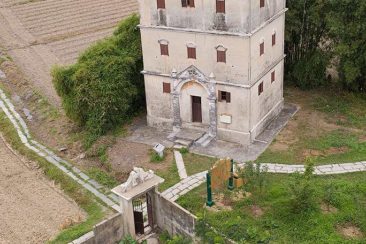 People started calling them : (diaolóu) 碉楼  wich means, surveillance post and for a while there were almost 3000 of these buildings all around Kaiping, in the Guangdong province. Nowadays there are only 1833 houses in Kaiping and 500 in Taishan that been registered for conservation purposes 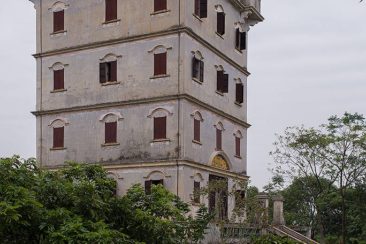 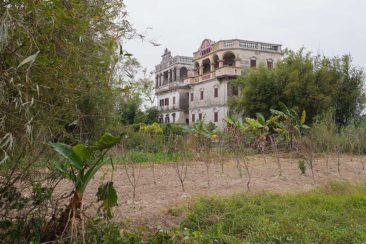 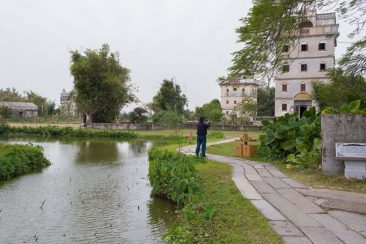 However, some of them had to immigrate once more when life conditions started to deteriorate again after the first world war. Some of them had to leave China a second time but this time, most of them left to the United States. These homes since then, became the symbol of their return home….

They were declared a world heritage site by the UNESCO on June 2007. 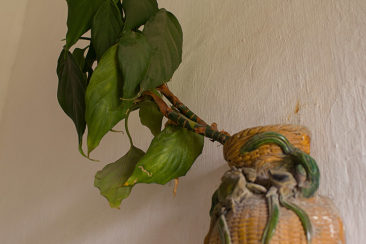 All these houses are in the Guangdong province, and can be visited from the city of Canton on a day trip. You can take a bus to the city of Kaiping and once there, a combination ticket allows you to visit some of the villages, with a bus that runs on a circuit.